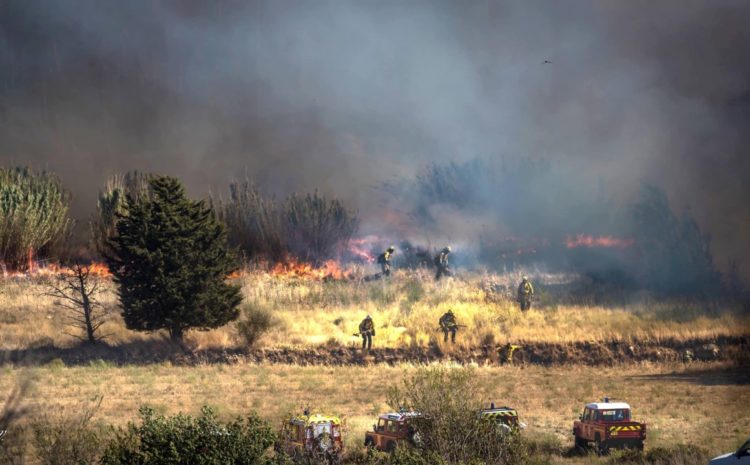 The project’s third webinar took place on the 22nd of February 2022. Its objectives were to exchange with European experts on tools, sciences and best practices for the redaction of deliverable 2.5 treating about this subject. All the knowledge exchanged during this webinar also contributed to the update of the AFAN database. Raphaël Supplisson from the French national firefighter officer academy (ENSOSP) opened the session reminding the objective of the AFAN project.

Whereas Spain, Italia, France and Wales are part of the project, this webinar concentrated on European experts to seek differences of fire analysis and tools in european countries. Sweden, The Netherlands, Germany, Greece, Spain, Italy were then, representing the fire analysis spectrum over Europe.

The webinar started with the presentation of Detlef Maushake from the Waldbrandteam, focusing on Germany fire anlaysis method. He presented forest fire prediction by the german weather service, their fire analysis tactic as weel as capabilities.

Anna Henningsson is the fire officer chief at Eastern Blekinge fire department in Sweden. Sweden fire analysis is emerging since 2018 fire season. To monitor fire risks, fire analysts concentrate on lightning forecast, the FWI and FFMC index as well as weather parameters. On the ground, they use SITAC for tactical and strategical planning.

The third speaker of the webinar is Dr. Theodore Giannaros from the National Observatory of Athens, presenting fire pyroconvection and how to forecast such fire behavior. The greek fire season of 2021 is used.

Jelmer Dam is the national coordinator wildfire management in The Netherlands. Dam started the presentation by contextualizing its country and firefighting tactic. During wildfire, its service work with Technosylva software to simulate fire propagation and categorize fire to better deal against it.